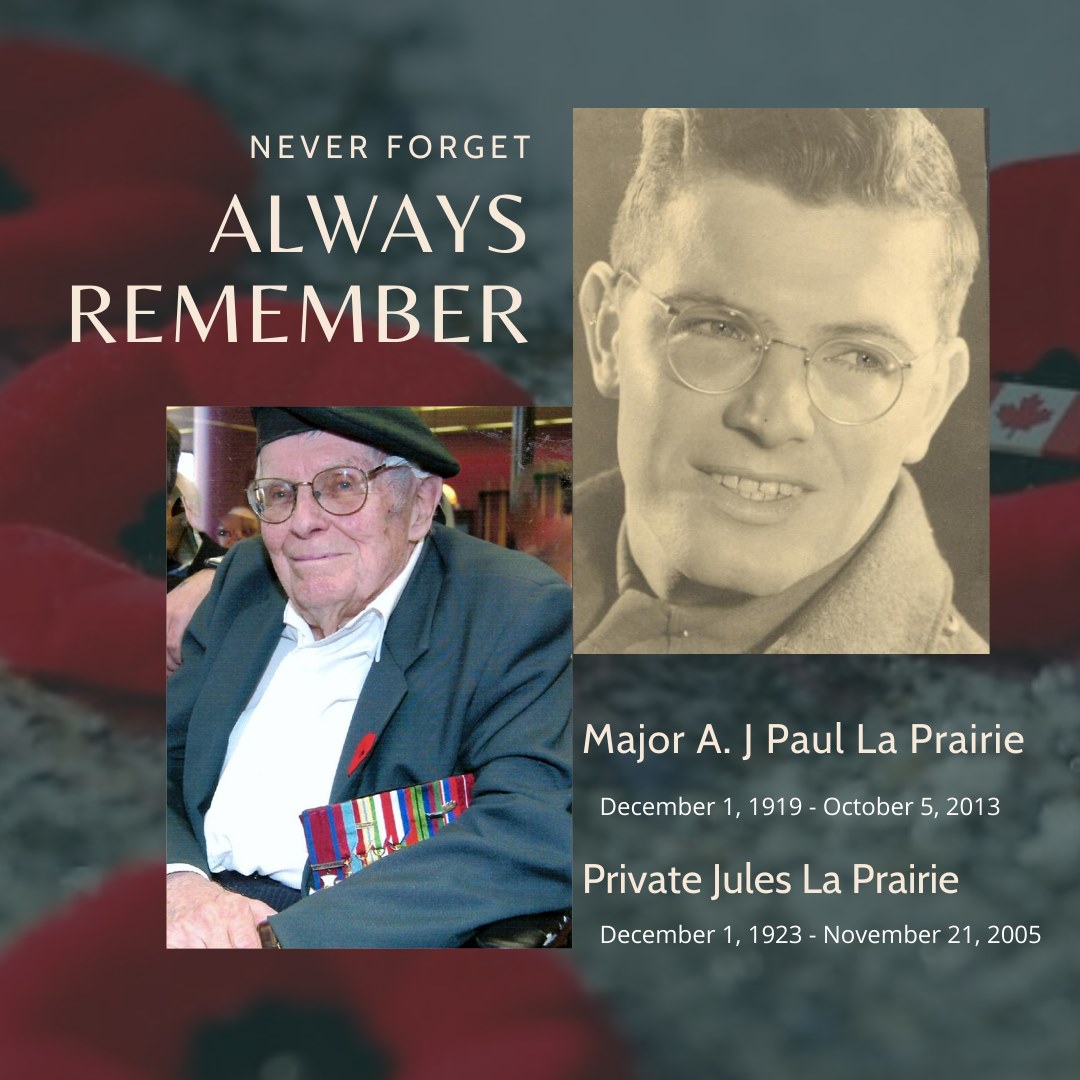 My wife Heather and I took a trip to Europe in 2004.  During our visit we travelled through the Netherlands, and one of the stops we made was in “Ermelo” – a beautiful town a short drive from Amsterdam.  This was one of the many places that my Uncle Paul, and our Canadian troops fought in World War II.  Uncle Paul wrote my father (his brother) George La Prairie in 2001 with a brief description of his journeys in World War II, and with Remembrance Day upon us, I thought it was timely to share with you:

“Dear George….you asked me for information on my visits to Holland.  I was there, first, during the War.  Then, Jean and I made two trips on our own.  Later I led about six group trips to Holland, and as many to Italy. In 1945 The Irish Regiment of Canada, as part of The Fifth Canadian Armoured Division, finished its tour of duty in Italy.  I was in the hospital with jaundice when the Regiment left for Holland.  That jaundice seemed to be a common ailment because of the unsanitary conditions through the country.

Then, after my stay in the hospital I was in charge of the re-inforcement depot.  We sailed from Naples to Marsailles.  The rail trip up through France was very scenic.  We were all in boxcars, but I took over in a rooftop caboose.

Our regiment started its battle action in Holland, on Nijmegan Island, near Arnhem.  They crossed on the famous pontoon bridge.  There were minor skirmishes and the division moved up toward Otterloo.  On April 11th the Germans who had been cut off in their retreat attacked our Division and our Battalion Headquarters.  Our flame-throwers went into action and stopped the attack.  This was a tremendous victory for us.  The corporal in charge of the flame-throwers, “Red” Asselstine, received the Distinguished Conduct Medal.

I rejoined my Regiment there and was posted as the Battle Second in Command.  That is, I stayed near the Lieut-Col. (Commanding Officer) at Tactical Headquarters.  Should he have become a casualty or been away at Bridge Headquarters, I would take over.

The next day we advanced on Ermelo and took 105 prisoners from the 6th German Parachute Division.  The People of Ermelo were wonderful in their reception of us.  I have been back there often and have had continuing receptions from the people and their Burgomasters.  I also have friends there with whom I correspond regularly.

We then moved on and up to the Joure-Sneek area.  On April 23rd we took over from the Canadian Scottish Regiment, of the 3rd Canadian Division, east of Groningen.

On April 28th we started to move toward Delfzijl.  The Germans had used this port town to bring their supply ships across the Ems river, from Germany.  We had brief bits of fighting here and there and moved up to Heveskes.

As Battle2i/c it was my job to work out the details of an attack, with heavy artillery support, to move through Weiward and seize a key bridge, before the enemy could destroy it.  Our tanks were supposed to cross this bridge at daylight.  The bridge was the only way that our tanks could cross some swampy ground and the river.

On the morning of May 2nd, A Company was supposed to lead the attack.  Unfortunately, A Company had gone through some terrible actions.  There where only eighteen men left, of an establishment of one hundred and twenty-seven.  The Company Commander was also a casualty.  So, being the one who made the plan of attack, I took over.  We went ahead with what is called a creeping box barrage of artillery.  Shells were falling to each side of us and in front.  As we advanced, the shells fell farther in front.  This barrage was to keep down enemy infantry.  Then, there was a dog-leg.  We followed the road with a sharp left turn, with the artillery changing too.

When we reached the bridge two sections of our troops ran across and the third section stayed at the near end.  Then I saw two men, whom I thought we our troops checking for mines on the bridge.  They where Germans putting in mines.  That was the end of their activity.

As daylight came I could see around.  There were huge artillery placements.  Then I saw a long stairway going down into the ground. My Batman, of Polish origin, could speak German.  Some prisoners told him that was the big headquarters.

So, for some reason, I wanted to go down.  God must have been on my side.  For some reason I decided to take off my steel helmet and put on my Green Bonnet.  To do so I had to put my revolver in its holster, which was under my loose camouflage jacket.  Then, I put the steel helmet in the rear pouch of the jacket.

Down the steps I went into a large room with telephones and radios and staff people sitting at the desks.  At the bottom of the stairs was a German soldier pointing a sub-machine gun at me.  However, I was not carrying a weapon and was not wearing a steel helmet.  A senior officer who spoke English came forward.  I told him that I wanted to talk to his Commanding Officer, and was brought to Korvet Kapitan Von Walters (Major General).  I told him unless he surrendered his troops, our artillery bombardment would start again.  Through his interpreter he said that enough of his men had been killed, and gave the order for the radio and telephone operators to issue a cease fire order.  We then took 38 Officers and 1386 Other ranks as prisoners.

As a matter of interest, I took the Korvet Kapitan back to Brigade Headquarters.  Our Brigade Intelligence Officer spoke german and questioned him.  Then, the Korvet Kapitan pointed at me and asked the I.O. what my rank was.  I was still in my camouflage coverall.  I thought that he was being a bit uppity, wanting to make sure that he, of senior rank, had been captured by a senior Officer.  I told the I.O. to tell him that I was a Boy Scout, and left.  I was awarded my Distinguished Service Order for this adventure.

That was the end of the war for us. On the 5th of May, all of the Germans in Holland surrendered.“

We had two Uncles that fought in World War II, Major A.J. Paul La Prairie and Private Jules La Prairie (December 01 1923 – November 21 2005). Thank you Uncle’s for your bravery, and thank you to all the Canadian men and women in service. 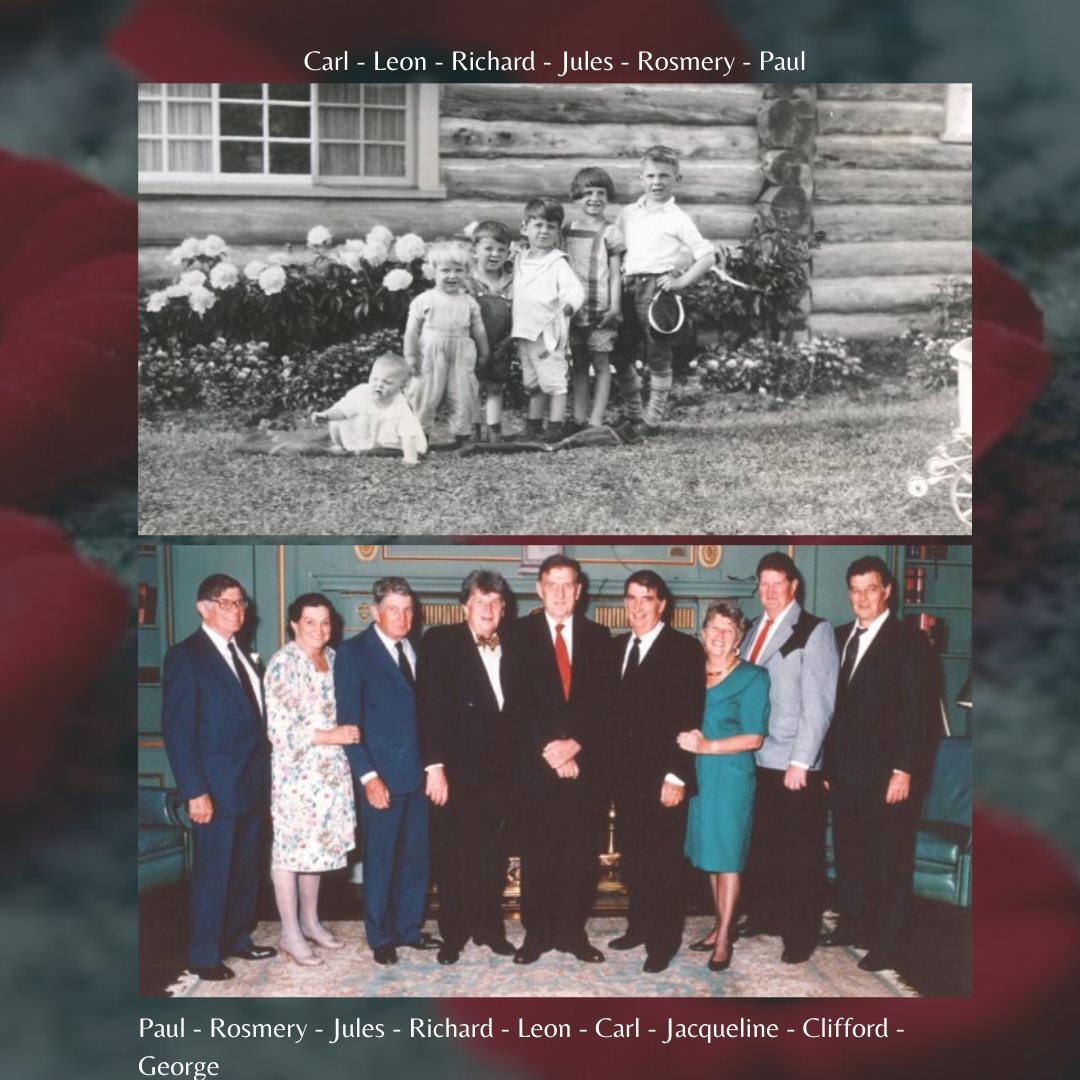 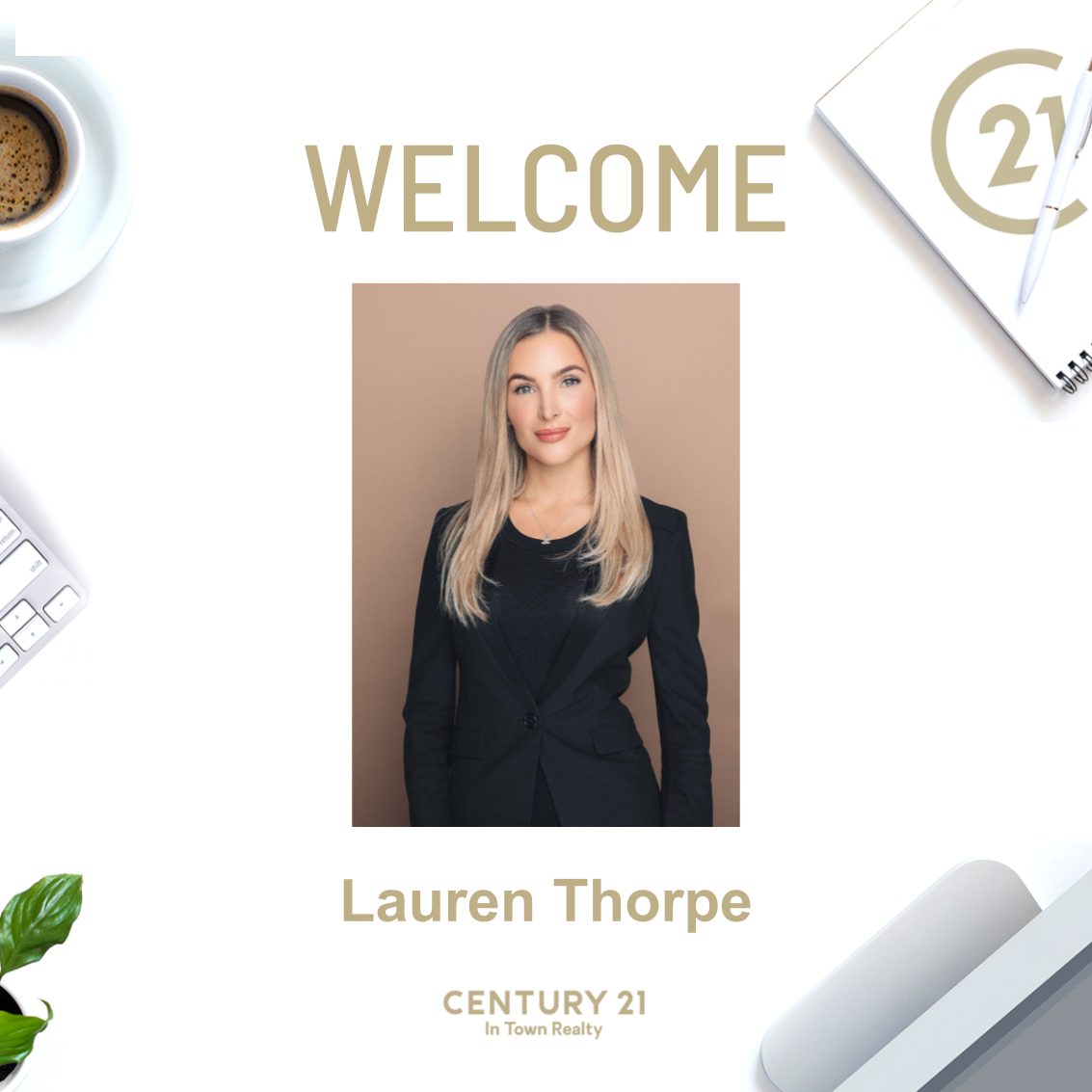 Another amazing addition to our team! Welcome to Century 21 In Town Realty Lauren Thorpe. We are happy to have you joining our family. 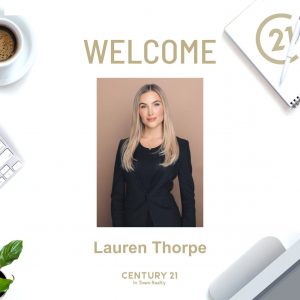 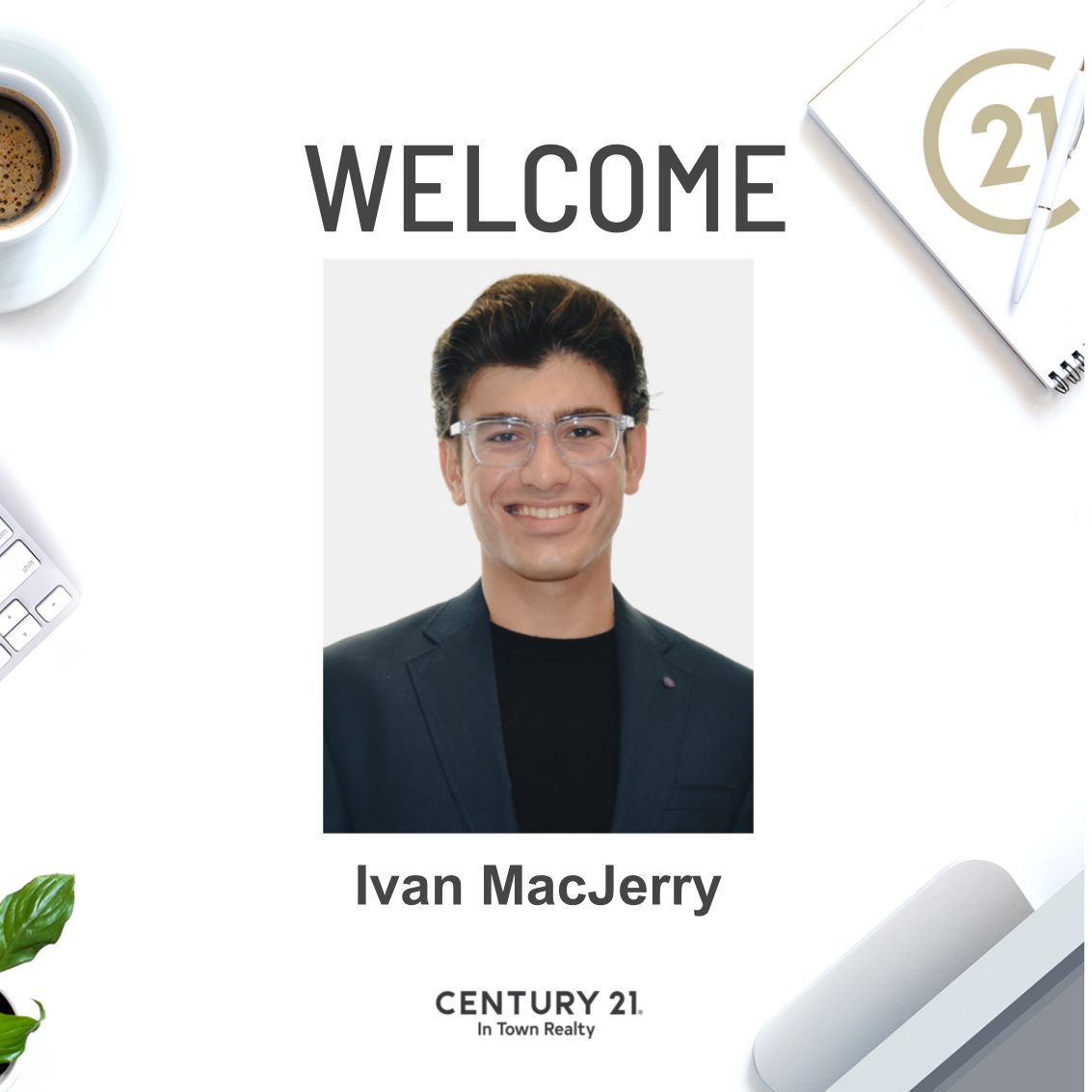 Another amazing addition to our team! Welcome to Century 21 In Town Realty Ivan MacJerry. We are excited to have you joining our office. 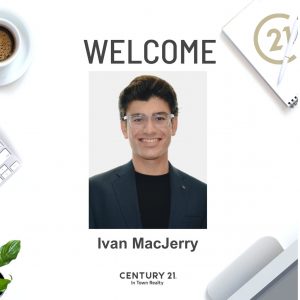 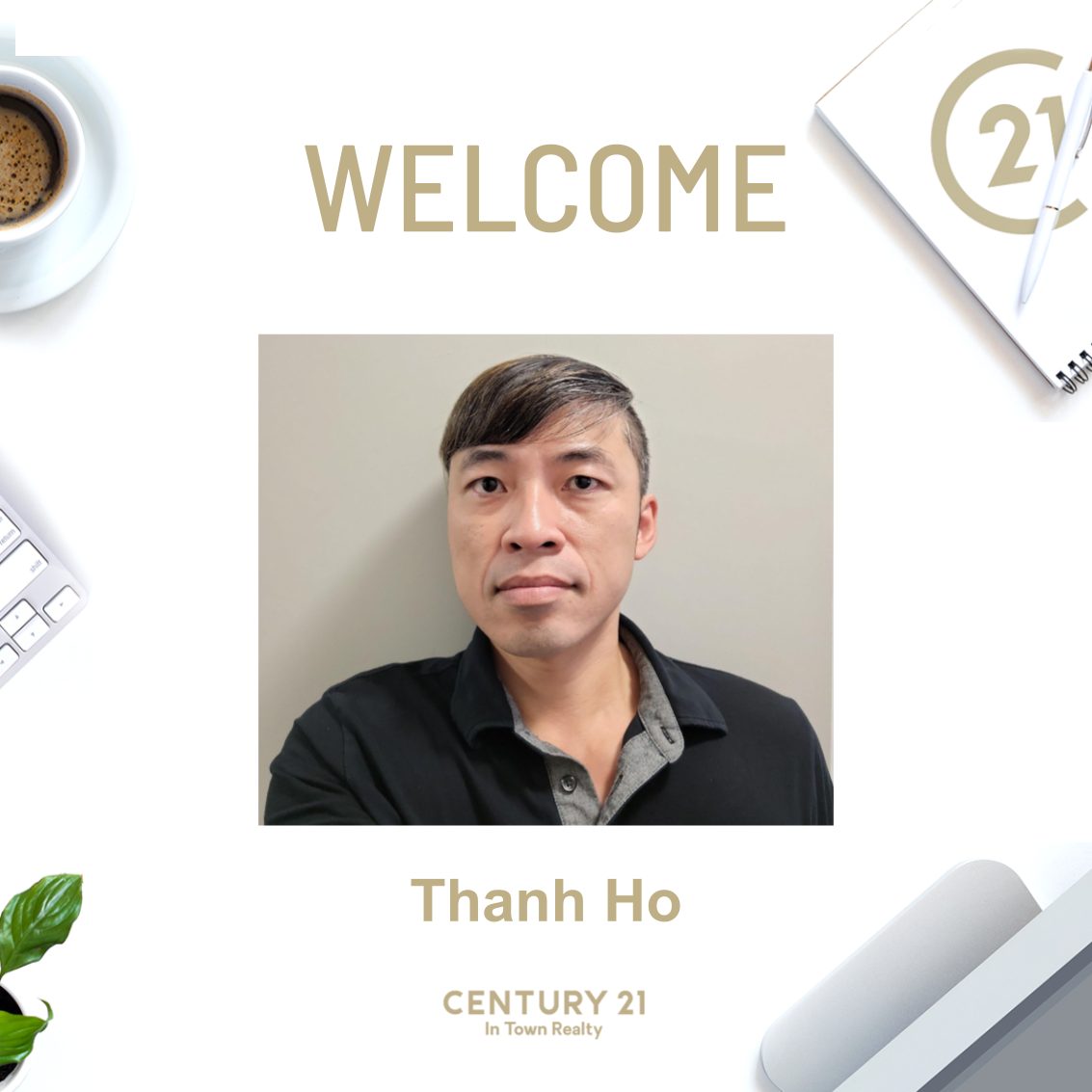 We are excited to have Thanh Ho as part of the Century 21 In Town Realty team! Welcome to the family Thanh. We hare happy to have you here. 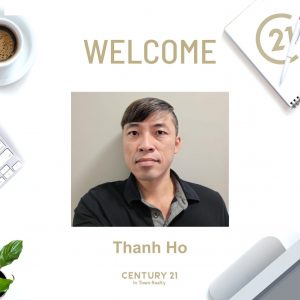 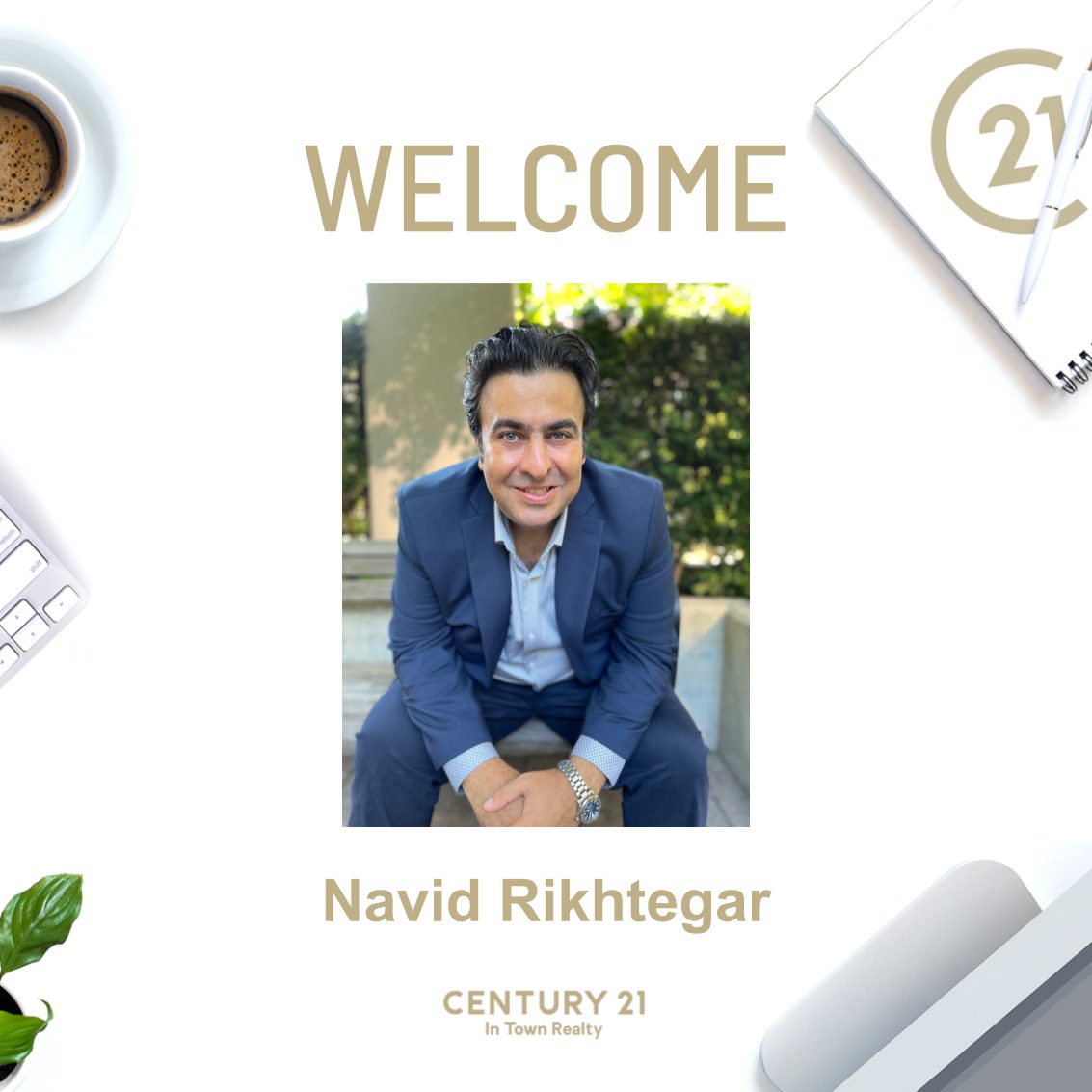 We are thrilled to Welcome Navid Rikhtegar to to Century 21 In Town Realty family! We are excited to have you in our team Navid. Cheers to a successful real estate business. 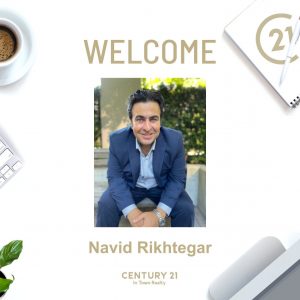 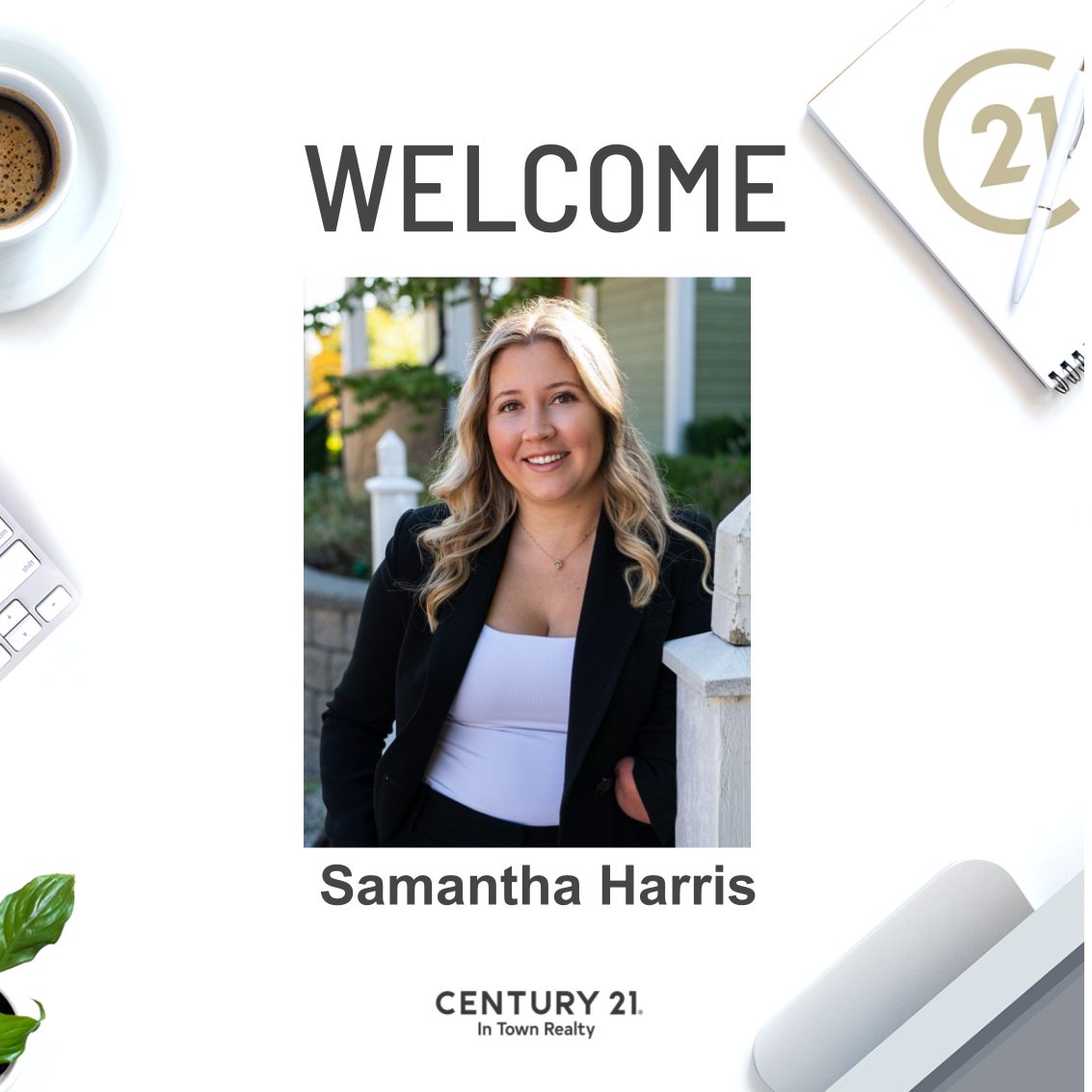 Welcome to Century 21 In Town Realty Samantha Harris! We are extremely happy to have you in our team! 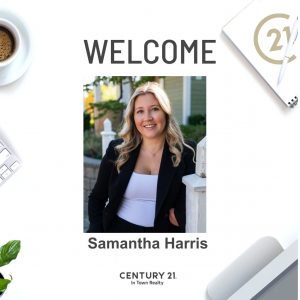 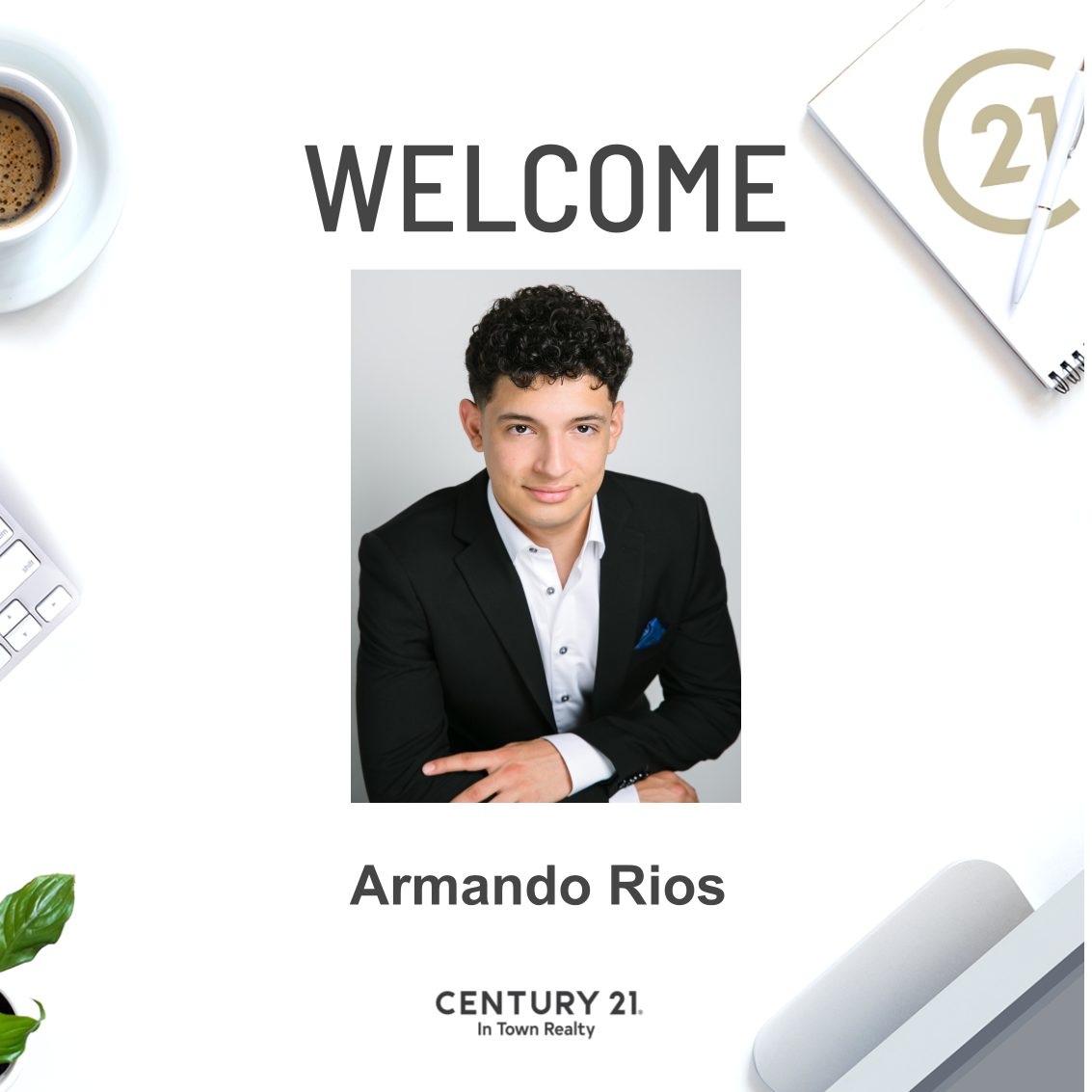 Welcome to Century 21 In Town Realty Armando Rios! We are very happy to have you joining our family. We look forward to seeing you succeed in your real estate business. 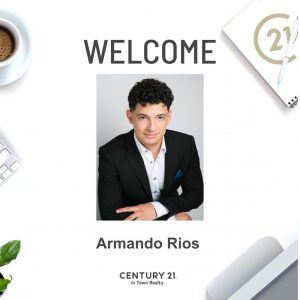 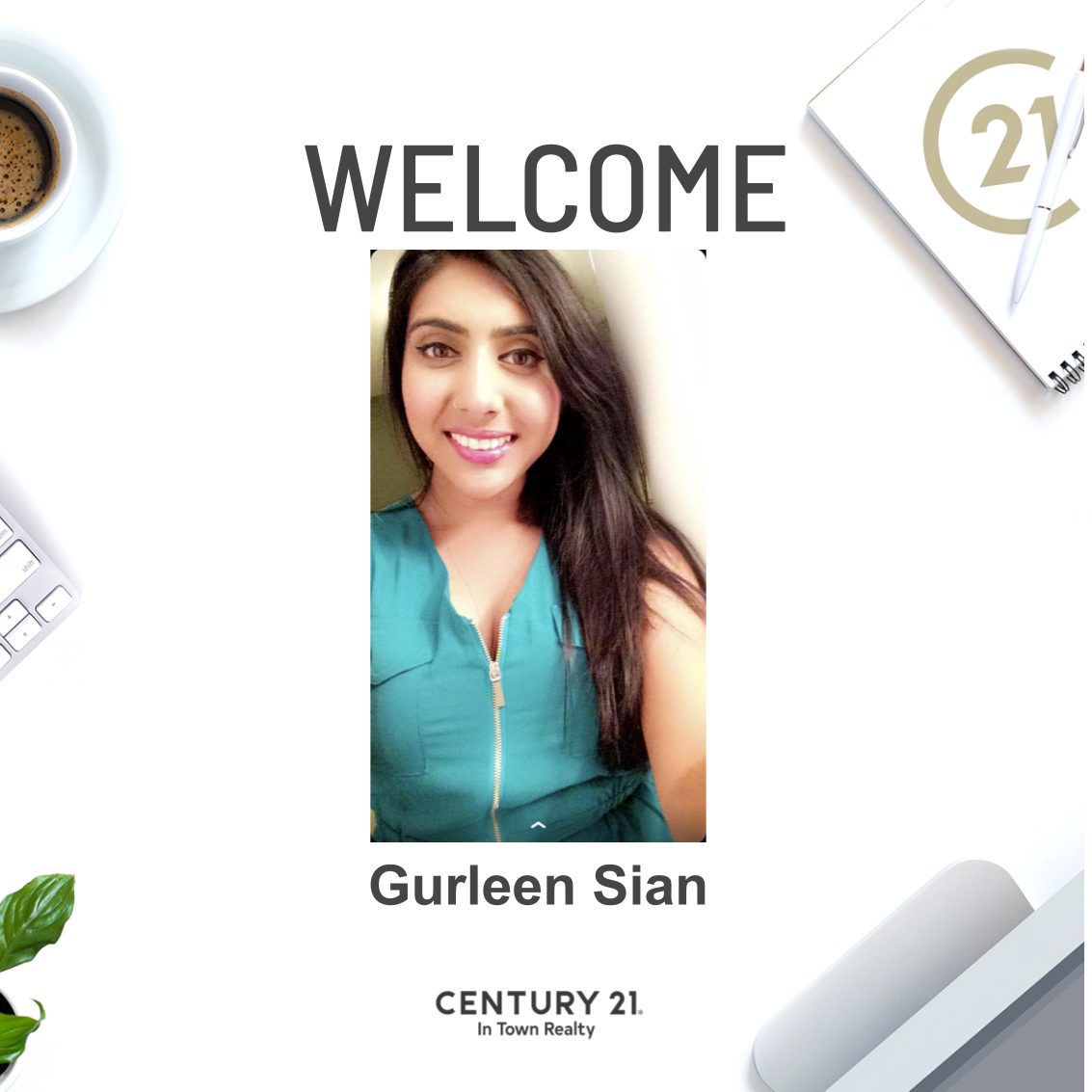 Welcome to Century 21 Gurleen Sian! We are very excited to have you joining our team. Looking forward to working with you. 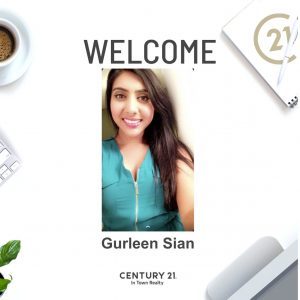 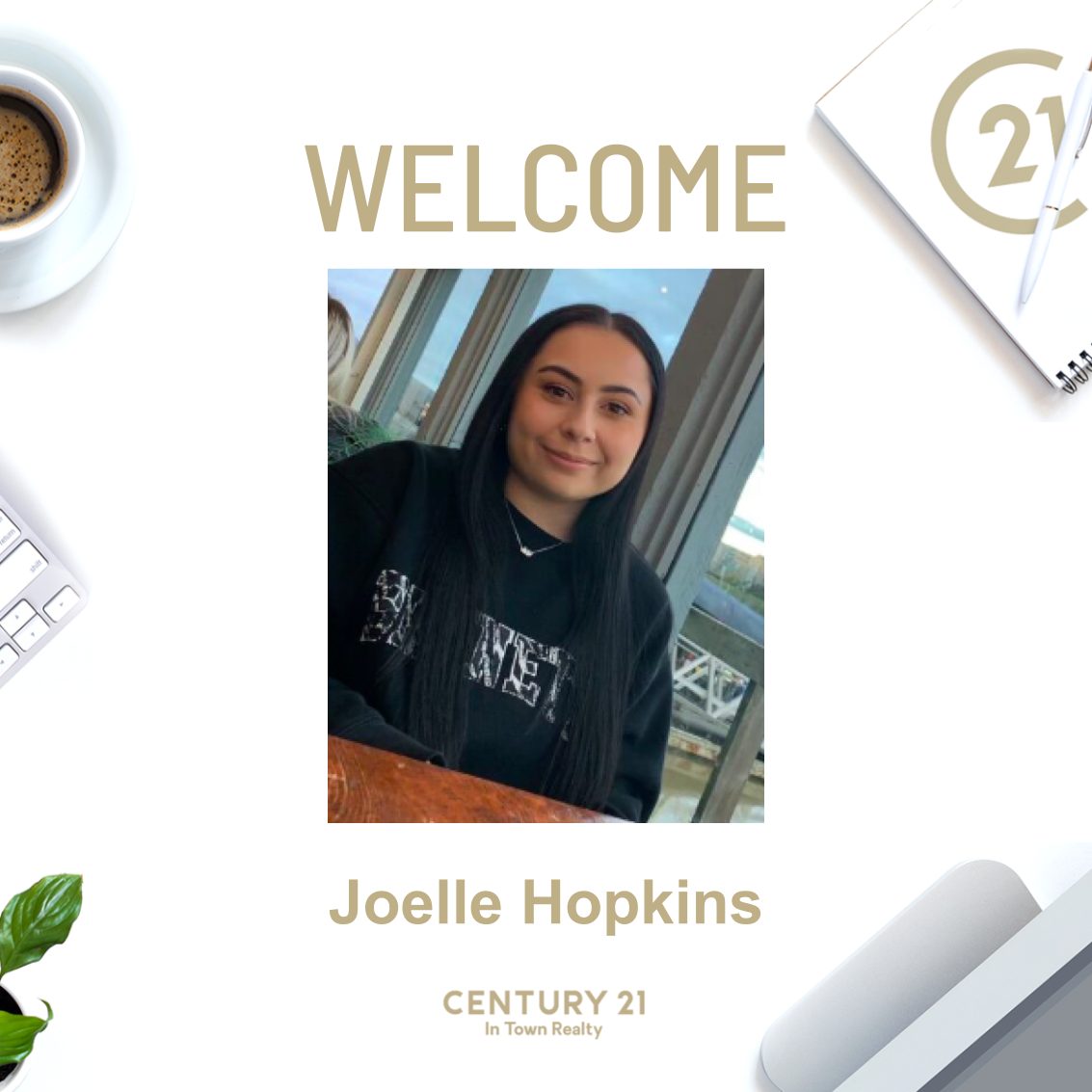 Our family keeps growing! Welcome to Century 21 In Town Realty Joelle Hopkins. We are happy to have you joining our team. 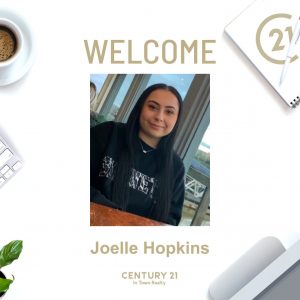 It is our pleasure to welcome Shannon Herd to the Century 21 In Town Realty family. We are thrilled to have you joining our team Shannon, wishing you all the success! 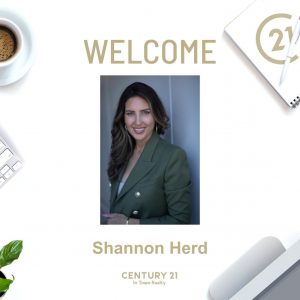